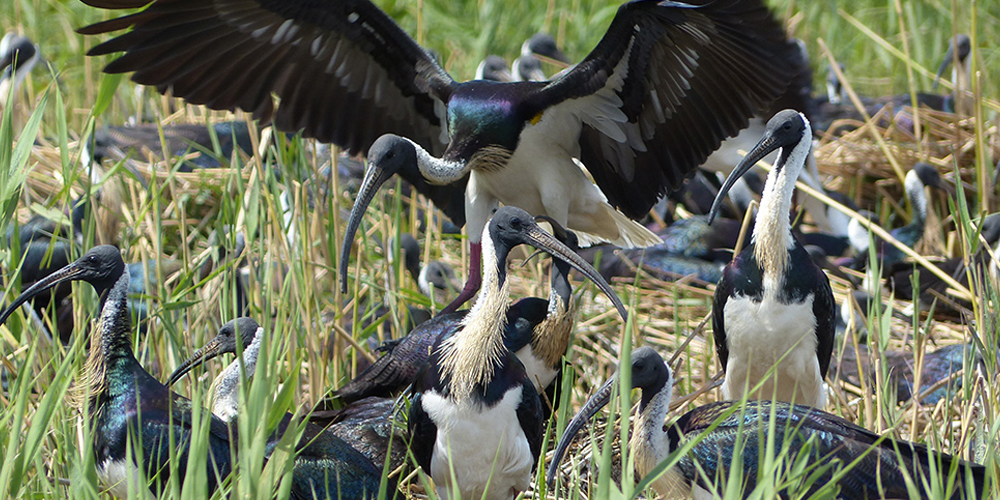 River floodplain wetlands provide critical waterbird habitats, however the quality and availability of these sites are influenced by our water and vegetation management decisions. Protecting and maintaining suitable feeding and nesting habitats both between and during rain and flood events is essential to maximise waterbird recruitment, maintain populations, and conserve biodiversity. This requires careful management of both vegetation and water regimes at a range of scales.

The use of valuable ‘environmental water’ within Australia’s Murray-Darling Basin has often been focused on supporting completion of waterbird breeding events at nesting sites. However managers and policy-makers are becoming increasingly conscious of the need to also manage feeding sites and food sources at Basin scales. Appropriately managing environmental water placement is critical to facilitating the recruitment of juvenile birds into waterbird populations. Yet we lack basic knowledge of how water flows interact with other factors such as predation, weather extremes and food abundance to influence recruitment. For most species we also lack knowledge of the movements of adults and young during and between breeding events – where do they go, and why? Filling these knowledge gaps is key to improving the efficiency of environmental water management – applying water to the right places at the right times – and ensuring the success of future breeding events and waterbird recruitment.

The Waterbird Theme of the Murray-Darling Basin Environmental Water Knowledge and Research Project (MDB EWKR) began filling these knowledge gaps and aspects of this research are now being continued as part of the Commonwealth Environmental Water Office’s Basin-scale Monitoring, Evaluation and Research Project. By quantifying survival rates, movements, and their drivers using innovative modern technology such as GPS satellite tracking, this research is assisting managers to identify key waterbird habitats and gain a better understanding of the scales at which habitats and environmental flows are required to support waterbird populations.

The research conducted by the MDB EWKR Waterbird Theme has produced new information to assist managers to better target water, vegetation and waterbird management to ensure ‘event readiness’ at sites between flooding events and to maximise recruitment. Maximising recruitment into the adult population depends on optimising the number of birds that nest, the number of chicks that fledge from each site, and the survival of those birds as juveniles, sub-adults and breeding adults. Consequently, information is needed quantifying these variables and what affects them – however the mobility of waterbirds and lack of information on their movements makes this difficult. Therefore, the MDB EWKR Waterbird Theme research activities included: Detailed movement and habitat-use studies of individual birds over the duration of the EWKR project using tracking devices (satellite GPS transmitters); motion-sensing and time-lapse camera nest monitoring; on-ground tagged-nest and water depth monitoring; colony mapping; analysis of chick diet and energy sources; and modelling of chick energy requirements.

Satellite-tracking of waterbird movements has:

Remote motion-sensing and time-lapse cameras in nesting colonies have:

Measurement and modelling of chick diet and energy needs has found that:

Overall, increased knowledge of the interaction of waterbirds with their environment, their movements and their life histories is important for both basic understanding of their responses but also for informing policy and management decisions and predictions aimed at increasing waterbird abundance and maintaining waterbird diversity across the Basin (Section 3). 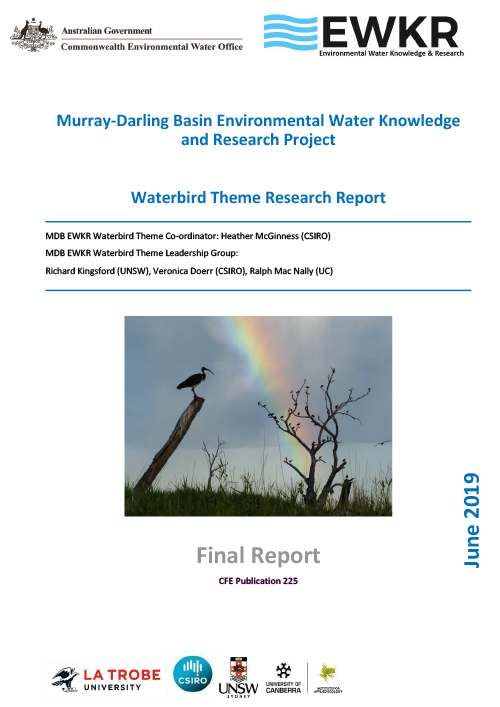 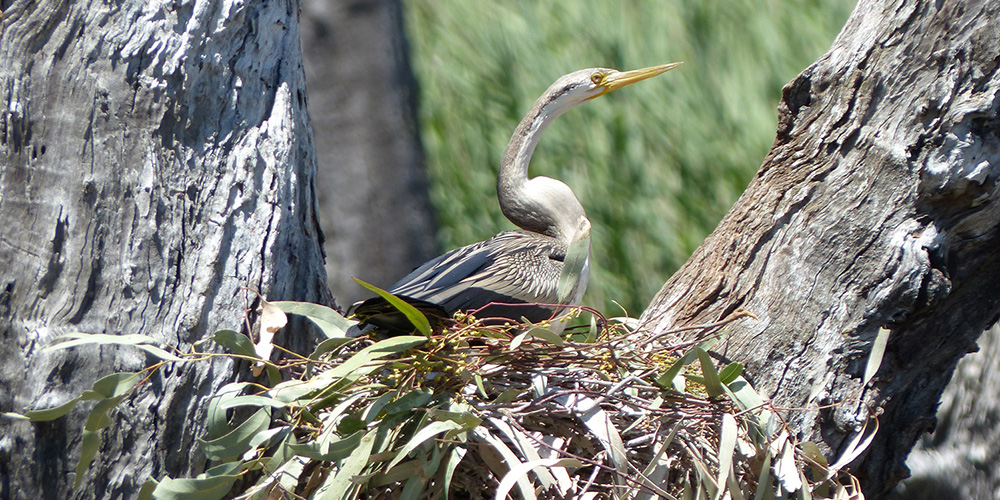 How many Big Macs* do waterbirds need? 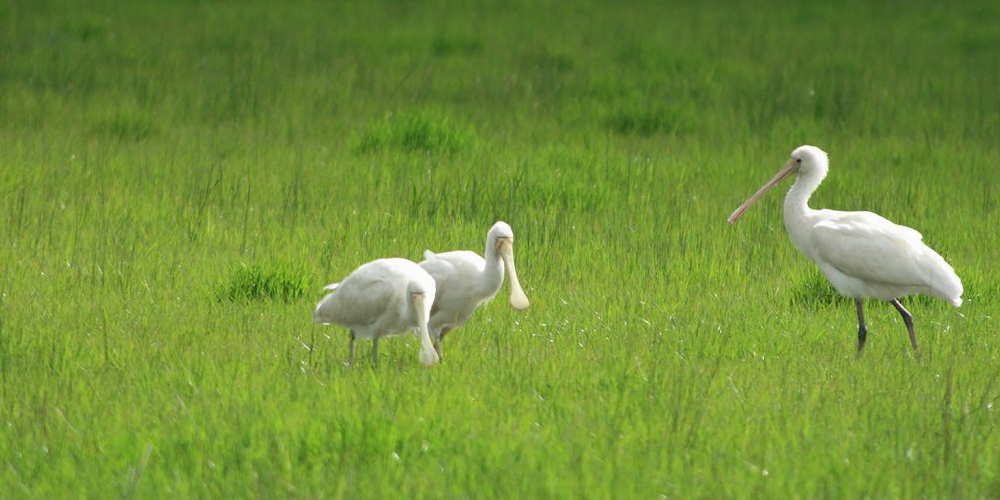 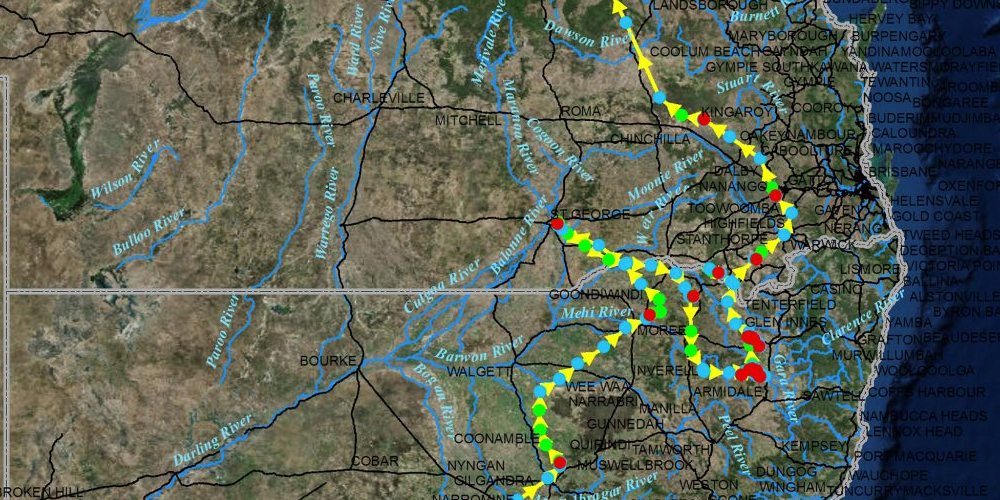 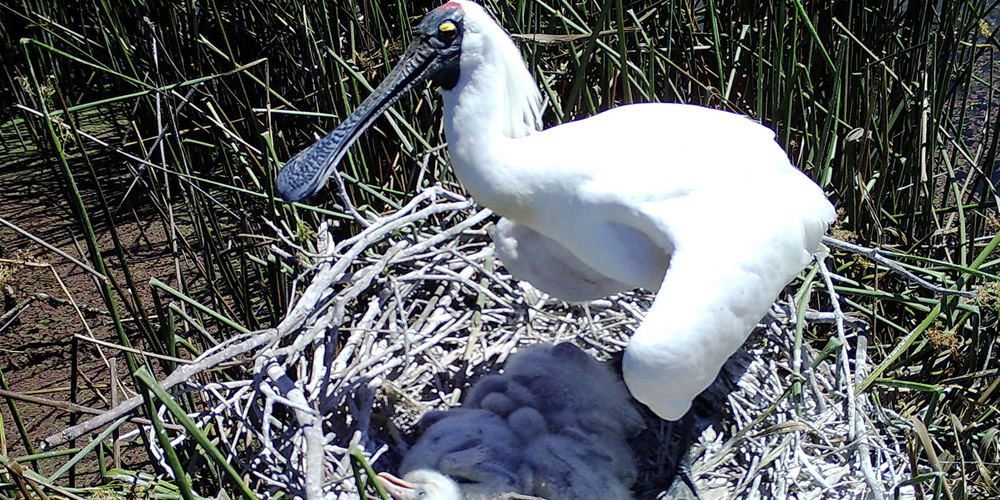 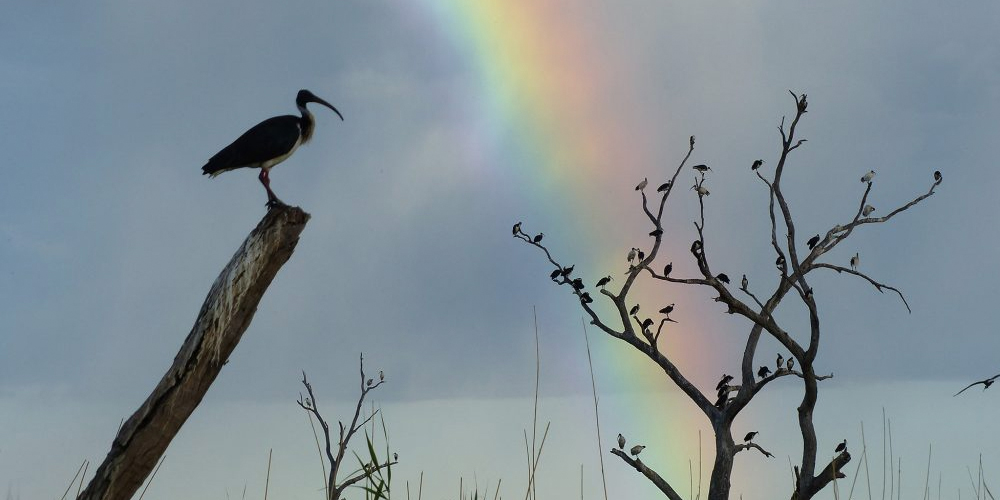 Waterbirds on the wing